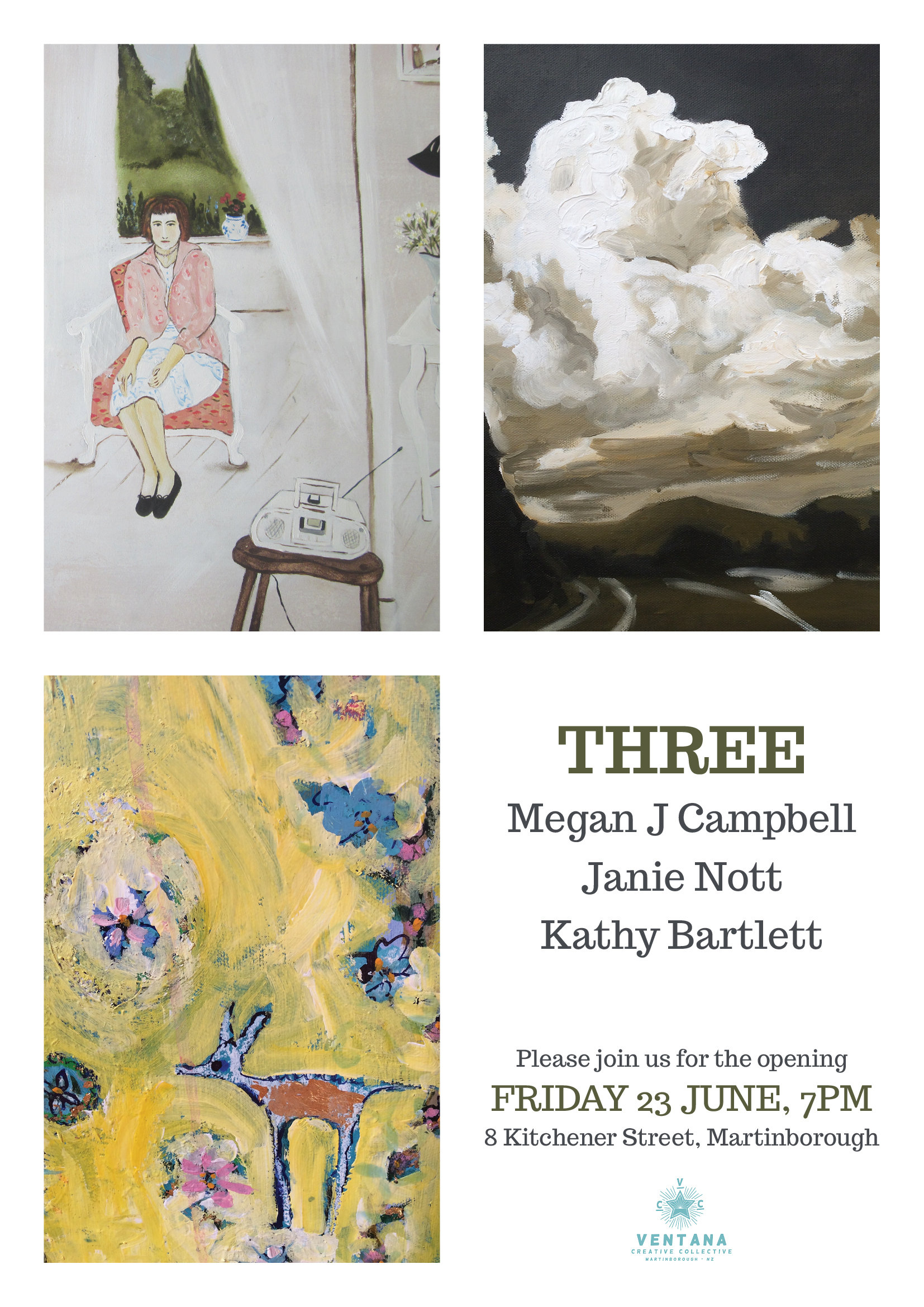 Three Wairarapa artists will be showing work in an exhibition at Martinborough’s Ventana gallery. Megan J Campbell, Janie Nott and Kathy Bartlett will all be showing recent works created in the last few months.

Megan’s work tends to reflect on the domestic as a way of familiarising herself to a new home. These recent works have a more illustrative feel but at the same time have the signature style -  the flattening of perspective evidenced in the body of her earlier work. Celebrating the so called ordinary and the mundane remains a source for her works. She believes with the rituals of daily living the profane can become sacred.

Janie Nott owns the Village Art Shop and works as an art therapist alongside making her own art. Her artwork is influenced by a quirky sense of humour and love of saturated colour. Janie describes her paintings as a way “to lose myself, while discovering something else special”. She’s been creating whimsical ceramic sculptures as well as dreamy paintings inspired by creatures in the animal kingdom.
Alongside these two is Carterton artist Kathy Bartlett. Kathy has been a portrait painter, working largely on commissions in the Wairarapa over the last five years. You may have seen her work in the billboards during the last Kokomai festival. For this show she has gone in a new direction and is creating oil paintings inspired by Wairarapa land and cloudscapes. The work is looser and more textured than previously and displays a moody dark view of the landscape.

The three artists have been scheming to show together for some time and are pleased to have a local gallery to showcase their work.


We invite you to join us for the opening with drinks and nibbles from 7pm on Friday June 23rd.